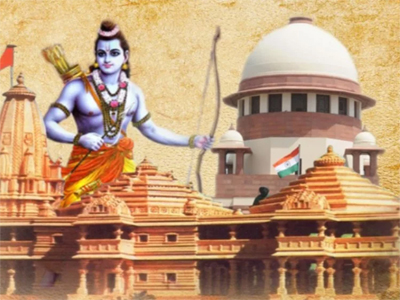 It is difficult to control the crowd at the site. First Ramlalla has to be shifted from the Original site for the sake of construction. For that, the Panchagam has to be finalised and a Muhurat for the shifting has to be decided by the Veda Pandits.

The security agencies must clear the site for the sake of shifting Ramlalla. On the other hand, the Trust meant for the construction of the Temple has decided to change some areas in the plan.

This might take some more time. But the Central Government and the UP Government are making all-out efforts to see that the Temple is constructed at the earliest possible.

Donations are pouring in from every quarter. Gold bricks, regular bricks, stone carvings are being given to the Trust as donations. It is reported that big industrialists of the country have also come forward to donate for the construction of the Ram Temple. But the Donations from these business tycoons will be kept as a secret it is reported.

There is an all round appreciation from the Hindu community that the Modi Government has finally decided to build the Ram Temple.