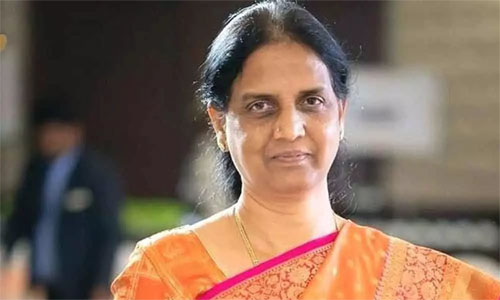 The welfare schemes are the hallmark for the TRS Government under the dynamic leadership of K Chandrasekhar Rao said the Minister for Education Sabitha Indra Reddy.

Sabithat who was speaking at a meeting in Rangareddy district said that the TRS Government will be there for another 10 years and the welfare schemes will do the magic she said.

The people will definitely honour the rule of Chandrasekhar Rao for another two terms and this will continue she said. There is no other government which had done welfare to this extent she explained.

Several workers from the Congress have joined the TRS in front of Sabitha Indra Reddy. The Opposition is not in sight and this makes the TRS even stronger she opined.

The TRS is doing welfare for the people across Telangana irrespective of the political affiliations she explained. That is the reason they are joining the TRS from other parties she opined.

Both KCR and KTR always bother about the welfare of the people, and that is the reason the state has reached the number one position in many sectors said.