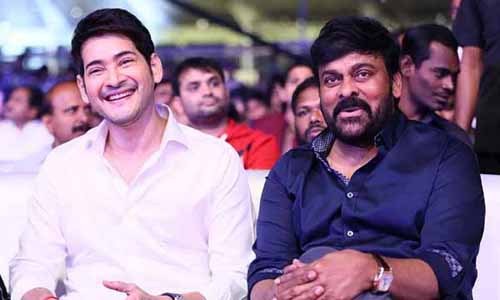 Sreenu Vytla is known for his direction and comedy timing. He has given super success movies to Mahesh Babu in his career. He is one of the big directors in the Tollywood industry, but these days the fire is lacking in his movies.

Now the latest is that he has talked to the megastar Chiranjeevi for doing a fast track movie after completing the Koratala movie it is learnt. The icing on the cake is that Srinu Vytla who is close to the superstar Mahesh Babu has given the narration to him.

It is reported that Mahesh has readily agreed to do the movie with Chiranjeevi. Mahesh is having a pivotal role and it would be a rare combination and a feast for both the Mega Star and superstar fans.

GMB entertainments and Konidela productions might produce the movie it is reported. Some changes were suggested by Mahesh Babu and also Chiranjeevi.

Sreenu Vytla is making the changes and completing the script along with some top writers of the industry. The story is laced with comedy it is reported.

It may be recalled that Chiranjeevi was the chief guest for the launch of Sarileru Neekevvaru movie for Mahesh Babu.