There is much suspense for the hero who will host Bigg Boss 3. The team of Bigg boss has not revealed the name of the host yet. Now the sources say that Venky mama actor Venkatesh was confirmed as the host. If the rumors come true, then this will be the first time that Venky will be seen as a host. The actor has given a super hit film by F2.

It is known the news that the last two seasons were hosted by Jr NTR and Natural Star Nani. Stay tuned to Greattelangaana for more updates. 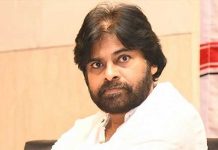