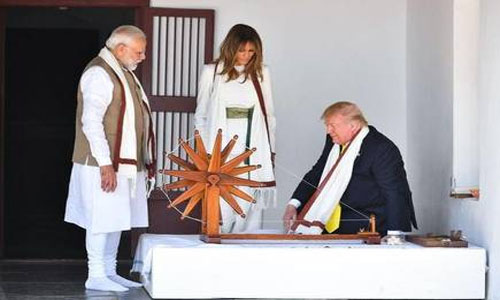 USA President Trump and his wife accompanies by PM Modi spun the Charka at the Sabarmati Asharam of Gandhiji the father of the Nation.

They were assisted by the local Ashram workers where Trump has touched the Khadi thread being weaved by the Charka and come out of the Charka.

All the guest left the shoes and walked with barefoot into the Ashram. They were guided by the Pm Modi. Trump has noted his comments in the book at the Ashram.

Both Trump and his wife had some difficulty in sitting and getting up at the Chrka. Modi in a person explained to the guests about the Ashram . They were greeted with the Khadi scarfs here. Ivanka was not seen at the Gandhi Ashram.

Both Trump and wife tried to weave the Khadi thread at the Charka here. The photographers had a field time here at the Sabarmati Ashram. 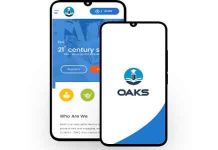 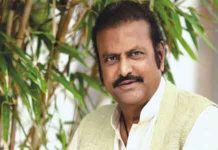