At the outset, let me wish you a happy Ganesh Festival and advance greetings for the oncoming Bathukamma.

I am happy to share the joy of my role as a partner in the task of promoting all-round development of Telangana State with the able guidance and leadership of Chief Minister Kalvakuntla Chandrasekhar Rao.

I am glad to note that the Telangana state has set the ground for steady, healthy and sound economic and financial growth and usher in prosperity for all sections of the society.

The government has given equal status to all festivals of all the communities giving respect to everyone’s sentiments. The Government is protecting the Ganga Jamuna Tehjeeb with all commitment.

I am informed that the State has brought out leapfrog initiatives in good governance through administrative reforms aimed at decentralisation.

The objective of taking administration and welfare benefits up to the door steps of the beneficiaries be it remote villages or urban towns is on the anvil of fulfillment and offer hassle-free services to farmers and people. The 30 days action plan for development of all villages in the State is set to become benchmark in administration.

The programs for Cleanliness, Haritha Haram, Power generation, Rythu Bandhu and Rythu Bheema, Mission Kakatiya, Mission Bhageeratha are some of the unique programmes for their fool proof implementation .

The Government has become a role model in the country in fulfilling the aspirations of Dalits, Tribals, Backward classes and the Minorities.

The Government tops the country in public health programs like Arogyasri for medical treatment and Kanti Velugu program.

Kaleswaram project, a man made wonder and its commission in record time has invited Global attention, in harnessing the Godavari water for Agriculture, Power generation and also drinking water purposes by channelizing additionally 575 TMC of water from being wasted to sea.

Similarly, I am glad that the Government has also put forth a program to harness the Krishna river water though the Palamoor – Ranga Reddy lift Irrigation project.

It is also heartening to note that in its drive for adapting IT Technology in Administration, Industry and Infrastructure development, the Government has not ignored the needs of traditional avocations like weavers and toddy tappers.

This Government has ensured growth in IT sector by clocking Rs.1.10 lakh crore IT exports as against Rs.52, 000 crore in the past.

Development of Hyderabad as a global city with Metro, Law and Order has set new standards for rest of the cities in the Country.

I wish to conclude by saying that the Government has taken up the ardent task of reconstruction and rejuvenation of state economy in the same spirit of performing holy Yagnas and Homas.

Today, Telangana State stood before the country as a proud and model State where the foundations for the construction of a “Bangaru Telangana” have been laid strongly.

In this endeavour, I exhort everyone to set aside all political and social differences and become partners with my Government in building a strong State to promote a strong Nation. 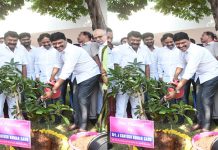 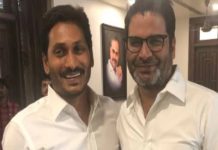 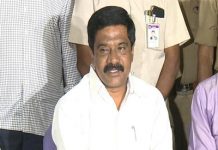 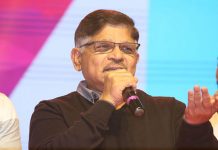 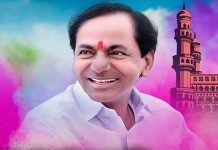