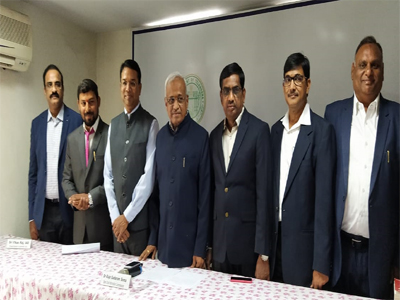 The other commissioner Buddha Murali and Secretary Vikas Raj have participated in the oath-taking ceremony here. Katta Sekhar Reddy is from Nalgonda district and has worked in many Newspapers here in the Telugu states.

Myda Narayan Reddy is from Siddipet and has worked in some Newspapers and TV channels. Shankar Nayak from Mahabubabad was a student leader from Osmania University.

A few Journalists and lawmakers attended the meeting here at the RTI office today. The Commissioners will be in office for 3 years it is reported.