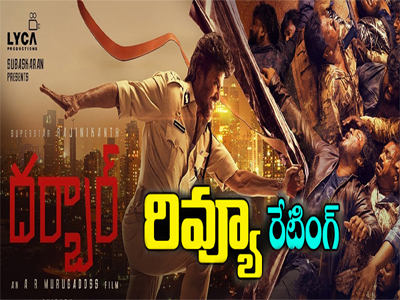 Rajinikanth has pulled it off again. He has given a super-duper hit to his fans for Sankranthi in advance. Darbar the movie which was released in Telugu and Tamil is a hit.

He eliminates the drug mafia in the end. The fight between the hero and drug lords is the story of the movie. Nayanathara the leading lady has done well.

Rajini has carried the entire movie on his shoulders and he has done well. Anirudh has given the right music for the movie. The way Rajini turns into mad police is depicted well by the director.

Sunil Shetty the Villain has done a good job. He is apt for the role. Nivetha Thomas has done her character very well as Nayanthara is just ornamental in her role. The technical values and taking are good. Rajini has done a great job at the age of 70.