Pawan Kalyan the Jana Sena chief must think twice or do some homework before he makes public speeches. The latest is that he said all this was not for the sake of power, then for what is the big question.

Pawan Kalyan with all the overconfidence used to say that Jana Sena would come to power and will contest all the seats in Andhra Pradesh. But now the tone and tenor of his speech has changed a lot. It looks like he is backtracking. The Jana Senas so-called intelligence has identified that the people are after TDP and YSRC. Most of them are looking for contesting from YSRC and TDP only. They are not that serious about Jana Sena.

Even people like Bandla Ganesh the staunch supporter and follower of Pawan wanted to contest from Congress and not JanaSena. Now Ali wants to contest from TDP and not Janasena. With this one can understand the position of the Pawan party in the coming elections. There are strong indications that Pawan may finally end up joining hands with the TDP here in Andhra Pradesh. 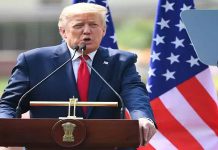