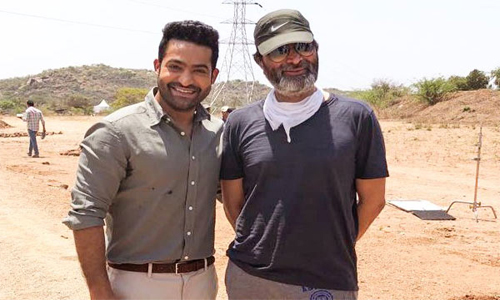 After a mega super duper hit with Allu Arjun, now Trivikram Srinivas the ace director is set to work with Junior NTR. The target is for Sankranthi 2021.

NTR and Trivikram have delivered a super-duper hit called Aravinda Sametha earlier. NTR is now busy with SS Rajamouli and film RRR is scheduled for release in October this year.

Soon after that NTR will be ready for doing the next one. Actually Trivikram wanted to do a movie with Prabhas for UV creations, but darling is busy with the movie called Jaan for his home production.

Now Trivikram has thought if fit to go with NTR as Allu Arjun has already tied up with Sukumar. The movie is about red sanders smuggling it is reported. It was first proposed with Mahesh.

Now Mahesh is tied up with Vamsi Paidipally, so Sukumar chose Allu Arjun as the alternative. Now we have to see what Ramcharan will get after RRR and with whom he will be doing a movie for 2021.

Charans father Chiranjeevi is already doing a movie with Koratala Siva and it is supposed to be completed in 99 days.