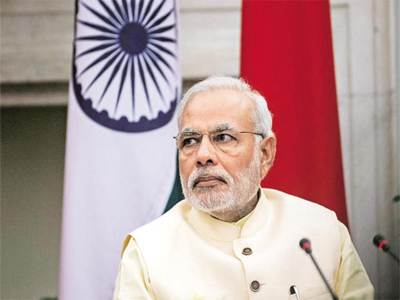 Prime Minister Narendra Modi today apologised to the people for clamping down the lockdown across the country to arrest Corona. There was no other way but to shut down to save teh people from Corona he explained.

Modi was speaking on the Radio for Mann Ki Baat. He wanted the people to be alert and safe. Do not come out he suggested the people. The Government is putting all-out efforts to contain Corona he explained.

Mod advised people to maintain physical distance while collecting the essential commodities from the daily markets. He was very happy to note that the people were cooperating with the Government in saving the nation in a big way.

He said that the people will get all out assistance from the Government in every way during the period of lockdown. The people have taken it in the right spirit he stated and expressed his happiness for the same.

The shutdown will continue till April 14. Modi also thanked the donors who have come in a big way to help the Government in arresting Corona.