It is known that Natural star Nani is going to shake hands with mentor Mohanakrishna Indraganti for an upcoming project. Sources say that the shooting is going to start on 26th April.

Actor Sudheer is going to play a key role in the film. Nani is given a negative role in the movie but the makers have not announced the details yet.

The movie is going to be an action thriller and let’s see how Nani is going to work with Indraganti. The film may hit big screens by 2020. 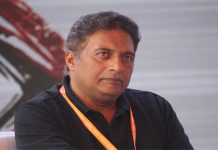