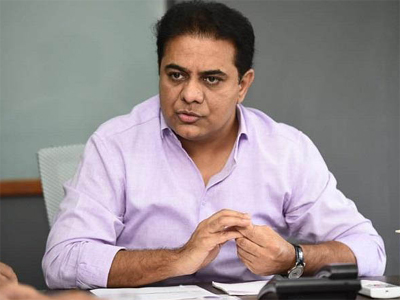 Minister for IT and Industries KT Rama Rao today assured that the King Kothi Hospital would be ready for Corona testing, treatment and quarantine.

The Minister said that the people should not panic in the name of Corona, but stay at Home keep the Corona at Baby from spreading one to the other.

There is no Corona for the Hyderabadis but it is coming from outside states and countries he explained. The Foreigners and neighbouring states should not be allowed he suggested.

The borders are closed and he essential commodities are being supplied he said. There should be no problem if people stay at home he said. The medical teams and the sanitation teams are doing a good job and they must be praised he opined.

The Gandhi hospital has been converted into a Corona hospital and many are getting cured he stated. It is matter of time that we will tide over the crisis he said.