BJP senior leader and former Union Minister Arun Jaitley’s Health condition is very serious it is reported. He is on lifes support systems. It means he is clinically alive.

Political leaders are visiting AIIMS and consoling the family members of Jaitely. A doctors team is monitoring his condition from time to time.

Earlier he has undergone a surgery to control diabetes. Now he is again admitted to the hospital. President of India Kovind visited him and talked to the doctors about his condition. The doctors told Kovind that Arun Jaitelys condition was very critical.

Some days back Prime Minister Modi also visited AIIMs where Arun is being treated. Arun is having breathing problems and he is being supported externally for the proper functioning of the heart also.

Arun Jaitley has been not doing well for the last two years and that was the reason he did not contest the elections also. He went for bariatric surgery to reduce the weight.

Now he is down in the hospital with more complications. He is right now being monitored by a team of doctors and is under ICU. High blood pressure, Diabetes and Obesity are three issues that the former Union Minister is suffering from. Earlier he could not read the budget and the responsibility was given to Piyush Goyal the Minister for railways. 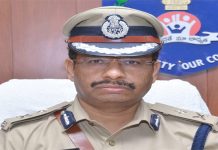