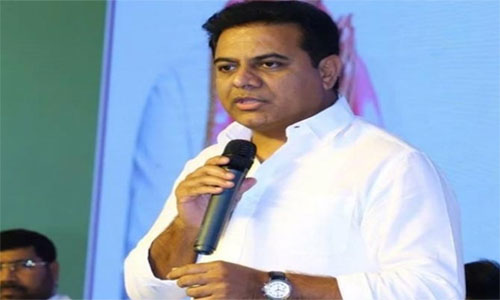 K Taraka Rama Rao the Minister for Municipal Administration and IT who is touring the districts as part of Pattana Pragathi said that Sanitation must be the first priority in all the districts.

He impressed upon the local lawmakers and the local body representatives that cleanliness should be maintained and that clean drinking water should be provided in all the municipalities.

The people must take part in the upkeep of the surroundings in their respective areas he said. Greenery should be developed, the power problems should be resolved he suggested.

He suggested that the power can be generated from the daily garbage if it is properly separated and disposed to the respective agencies. KTR also suggested that the usage of plastic must be reduced drastically to save the environment.

He said that the local bodies of the respective towns must take part actively in all these activities.