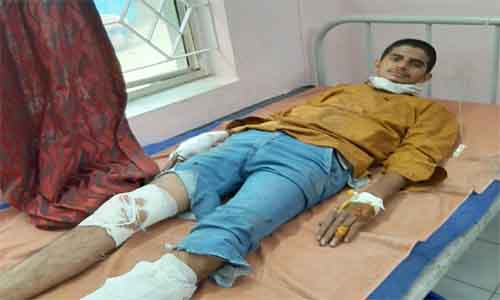 He received multiple injuries on the body when his bike hit the divider at around 4.45 am. It is learnt that he has been riding the bike all the way from Madanapalle of Chittoor District of Andhrapradesh which is around 550 km overnight.

Taking up such an adventurous journey on the highways full of heavy vehicles is suicidal as the rider would become a victim of a crash due to sleeplessness and fatigue. Also, the lack of driving skills among the two-wheeler riders makes them vulnerable as they can’t manoeuvre between the heavy vehicles and steep curves.

Also, as the roads seem to be empty due to lockdown, the riders tend to over speed and lose control of the vehicle.

CTP advises the public to not to take up such long and dangerous rides anytime and more particularly during the lockdown period.