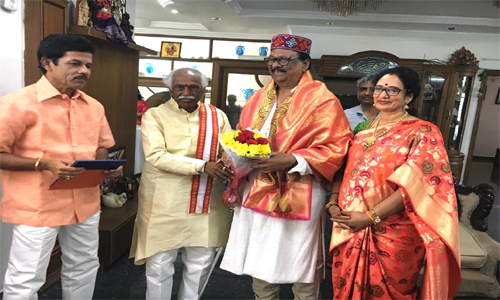 Dattatreya these days is greeting the guests with Himachal caps. Krishnam Raju is the uncle of Baahubali star Prabhas and is the owner of UV films and Gopikrishna movies. 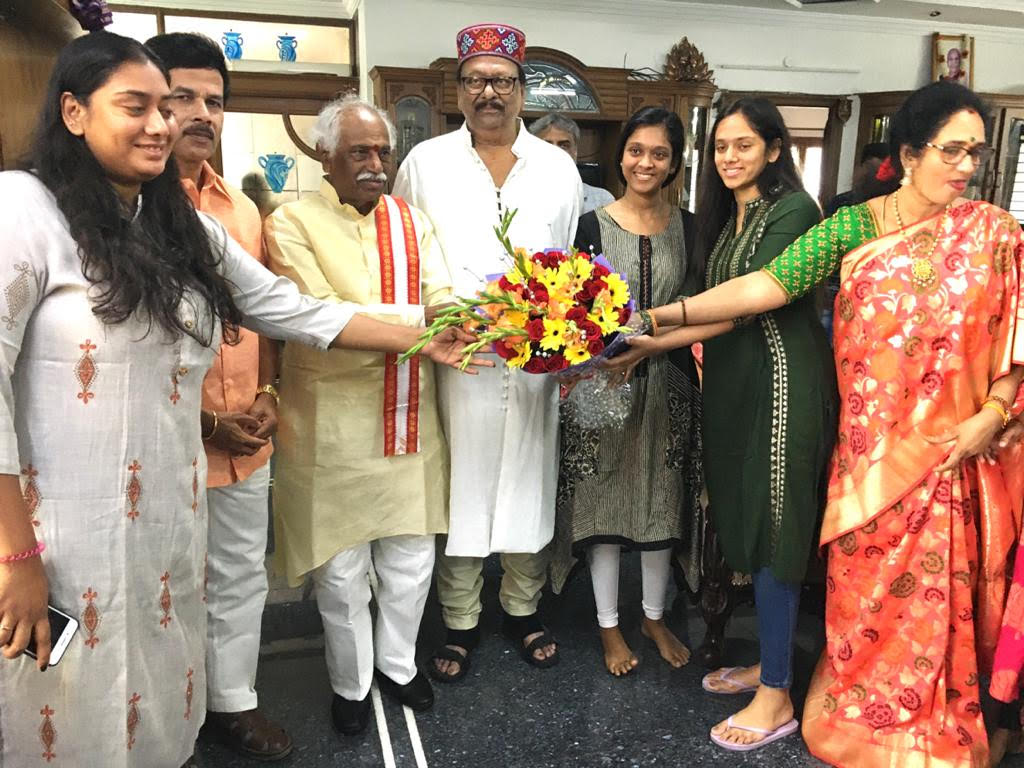 Now they are producing a movie called Jaan for Prabhas. Krishnam Raju thanked Governor Datttatreya for greeting him. Krishnam Raju was also the central Minister for some time when BJP was in power during the Vajpayee Regime.

The rebel stars wife and children were with him when the Governor greeted him. 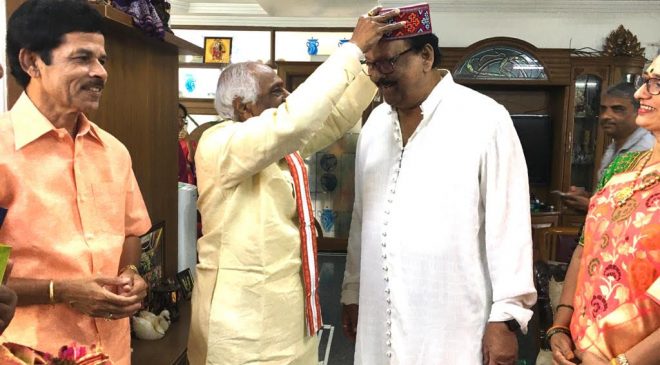