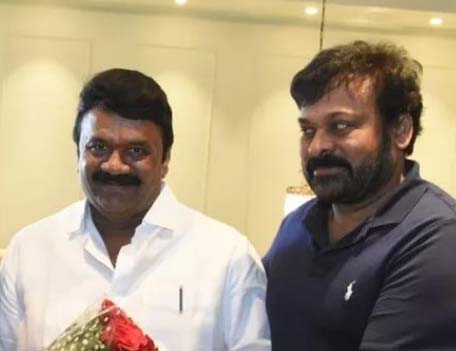 Mega hero Chiranjeevi and Minister for Cinematography Talasani Srinivas Yadav will meet all the cine big guns here at the Chiranjeevi’s house to chalk out the future strategy for opening up the cine theatres and also the shootings here in the Tollywood.

Hero Nagarjuna and some prominent directors of the industry along with the producers are likely to meet Talasani Srinivas Yadav here in Hyderabad.

The Cine industry has already met Talasani and gave him memorandum to this extent. Teh TV artists have already given a memo to the Minister and urged him to permit for the shootings.

But it is not easy. A small serial will also have a gathering of around 50 people. People like Rajamouli shoot with thousands of people. So the producers have to be very careful. in this regard.

Earlier the Chief Minister K Chandrasekhar Rao has also wanted the Cine people to come with an action plan so that the Government will come up with a new policy for he encouragement of he film industry in particular in the state of Telangana.

KCR wanted Chiranjeevi and Nagarjuna to take the lead for the development of the industry in the state of Telangana.