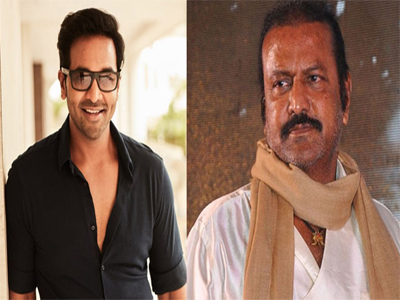 The popular actor Mohan Babu who was a villain and also a hero is now making Bhakta Kannappa with a whopping budget of around Rs 60 crore.

The story was originally from Thankinella Bharani who is param Bhakt of Lord Shiva. Now the story is being given to Sai Burra Madhav for redoing it to suit Manchu Vishnu it is reported.

Bharani has written it for Sunil the comedian and hero. But the market for Sunil is at a low these days. That is the reason Bharani has given the story to the Manchu family.

The movie was announced by Mohan Babu at Srikalahasthi. Mohan Babus educational institutions are doing well, but none of the movies of his family members is making money at the box office.

There is a talk that Mohan Babu would be playing the role of a Villain in Koratala- Chiranjeevi movie called Acharya. But so far no announcements have been made to this extent.

Bhakta Kannappa was a super-duper movie of Krishnam Raju which gave all-time records to the Industry. Now have to see what kind of impact will the new Kannappa of Manchus will create in the Tollywood.