Commissioner of Police Anjani Kumar said that the stage is set for the Ganesh Nimajjan process here in Hyderabad. CC cameras have been installed from Balapur to Tankbund he said. The Bada Ganesh that is Khairtabad Ganesh would be immersed in the tank water by noon.

The dismantling of decorations and mounting the vehicle for the Bada Ganesh is on. The process would begin by 12 th morning. The Ganesh would be placed on the vehicle by this night.

The Nimajjan process is being done on the either side of the lake. One is on the side of the Necklace road and the other on the tank bund. A holiday has been declared in Hyderabad for the Shoba yatra of the Ganesh here in the twin cities.

While Tankbund is the main area for the immersion process, the GHMC has also arranged tanks for the Nimajjan. RSS chief Mohan Bhagawat is coming to Hyderabad for the Shoba Yatra here in Hyderabad. He is addressing the public meeting here at the Mojamjahi market.

Sensitive areas have been covered by the police by beefing up the security. The control command is already monitoring the procession route of 18 kilometres by way of the CC cameras.

The procession will start in the morning on 12th from Balapur. 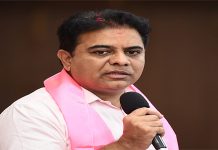 Women must speak out :KTR 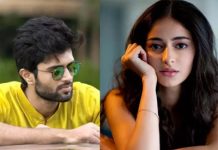 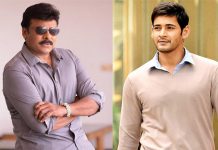 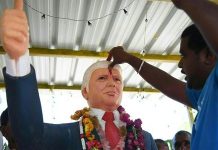 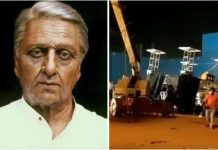 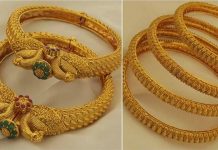