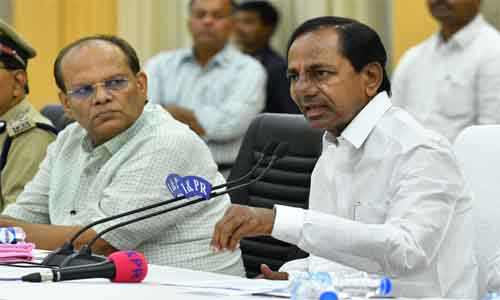 There are 70 positive cases in the state announced KCR the Chief Minister of Telangana. There are around 5700 people under quarantine he stated. Addressing the media here at Pragathi Bhavan, KCR said that the Government was monitoring the things from time to time.

Today 11 cases were found negative he explained. In April first week several others will be discharged he said. Around 26000 people are being supervised under medical supervision he said.

We must maintain discipline and we do not what eventuality will be there he stated. Self-control has made all the difference he opined. This must continue he said.

There will be no purchases in the market yards he announced. The idea is to stop the people from gathering at the market yeards he said.

The grains will be purchased in teh villages directly he stated.